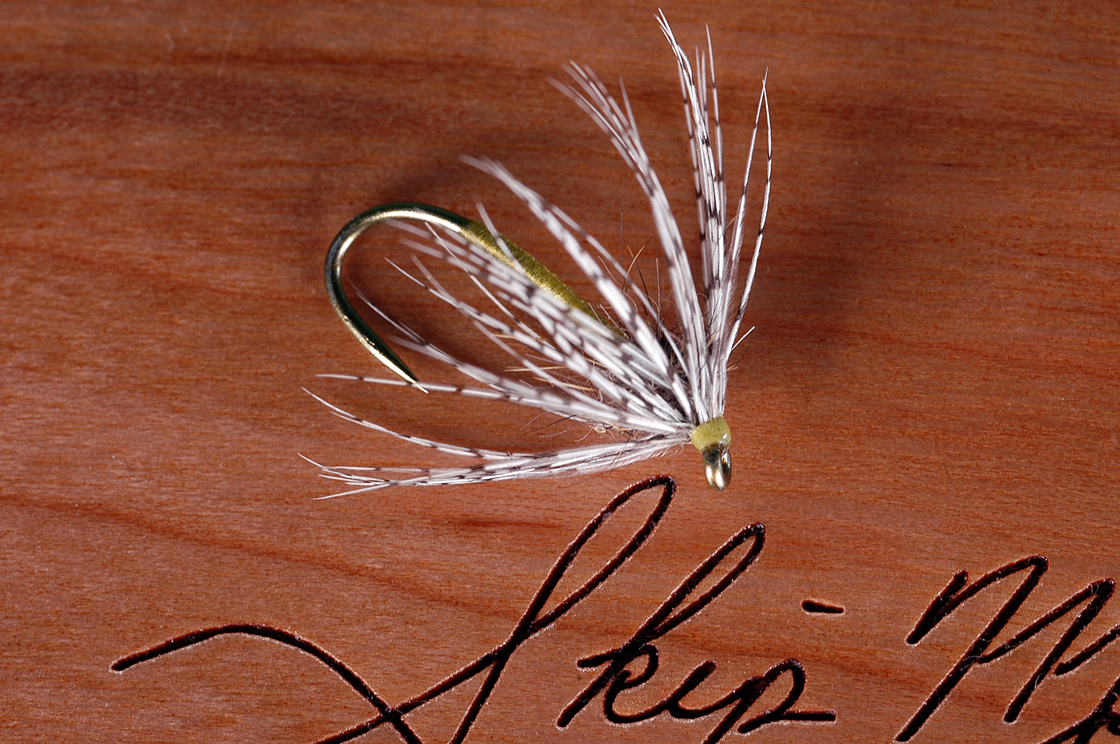 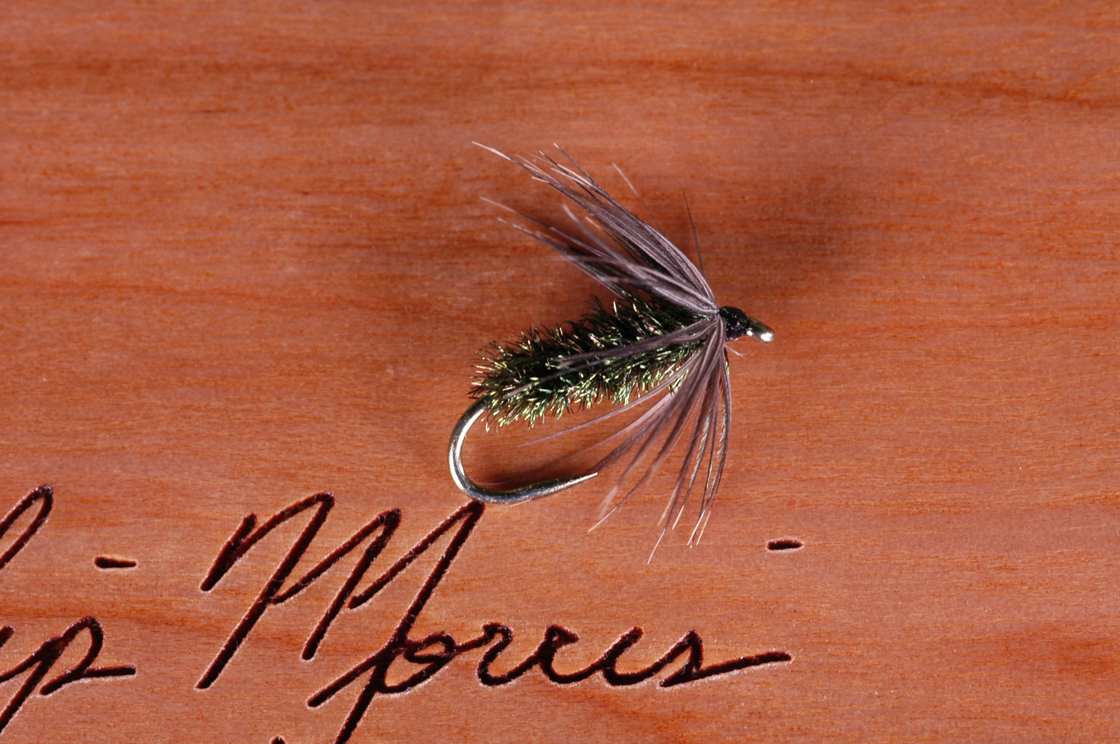 Soft Hackle Fly vs Wet Fly. A good many fly fishers are probably still uncertain about how a wet fly differs from a soft-hackled fly, and if the differences are even worth bothering with.


No, actually it’s not. Though it can be.


Look, here’s the simple explanation, or at least half of it.

A modest to lively retrieve versus a very slow retrieve—

However, I did say that the two fly types can be treated the same, and that’s true.

The wet fly can be and sometimes is fished in very slow soft-hackle fashion, even, occasionally, dead drift. Still, lively is the norm.

The soft-hackled fly? I’ve never seen one fished quickly. One could be, of course, but its design makes it a poor choice for such work.

All this begs the question that may already have occurred to you:


why are these two similar fly-styles fished differently?


And its answer completes the explanation about


It's All in the Design

So that's how I see this whole soft-hackle versus wet-fly business, and my view comes from decades of tying and fishing both kinds of flies.

My view conflicts with some of the literature, however, yet it agrees with a lot of it, too. That's fine with me—I never expect to have the last word on anything, wet flies and soft-hackles included. Still, I know that if you fish these flies as I've described, they'll take trout, including some very cagey ones.

And, all else aside, a few decades of hands-on experience ought to count for something...

A body and a hackle—that’s all there is to most soft-hackled flies.

So when tying such flies you won’t often be bothered with adding a lot of common fly components—tail, wings, tag, rib...

Of course, not all soft-hackled fly patterns are the same; if they were, there would be only one. Some do have ribs, some have bodies of floss or herl or dubbing, and so on.

Despite all the variations, the two patterns we’ll tie—the Partridge and Yellow and the Starling and Herl—are fairly typical soft-hackle fly patterns and should provide a good introduction.

As you’d expect, the hackle of a soft-hackle is the critical element for the tier, and for the effectiveness of the finished fly.


Fiber-length is the first order of business.


Based on my own experience, and a bit of research, I’ve concluded that the hackle for a soft-hackle fly should have fibers equal to the full length of the hook, or slightly shorter.


A hackle that matches, on a hackle gauge,
a hook two sizes larger than the one you’re using will be correct.


You can bind the hackle on by its tip, so that when you wrap that hackle its longest fibers will be in front (as I’ll demonstrate with the Partridge and Yellow).

By wrapping the hackle back to the front of the body and then winding the thread forward through the hackle (as I’ll demonstrate with the Starling and Herl), the longest fibers end up in front too; and better yet, turns of thread will cross and reinforce the fragile stem, resulting in a hackle collar that is tough.


Tying the Partridge and Yellow: 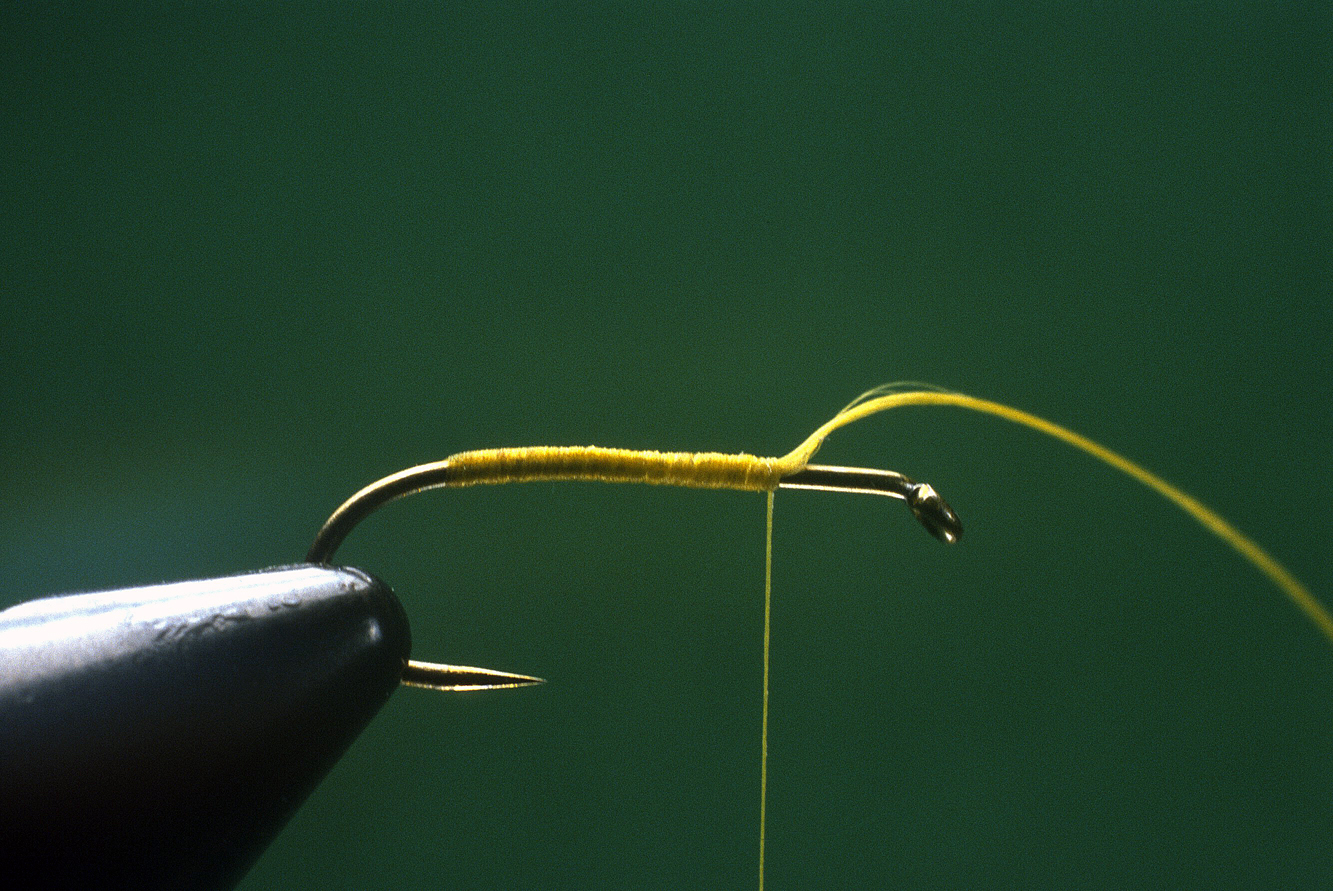 The Partridge and Yellow, tying Step 1. 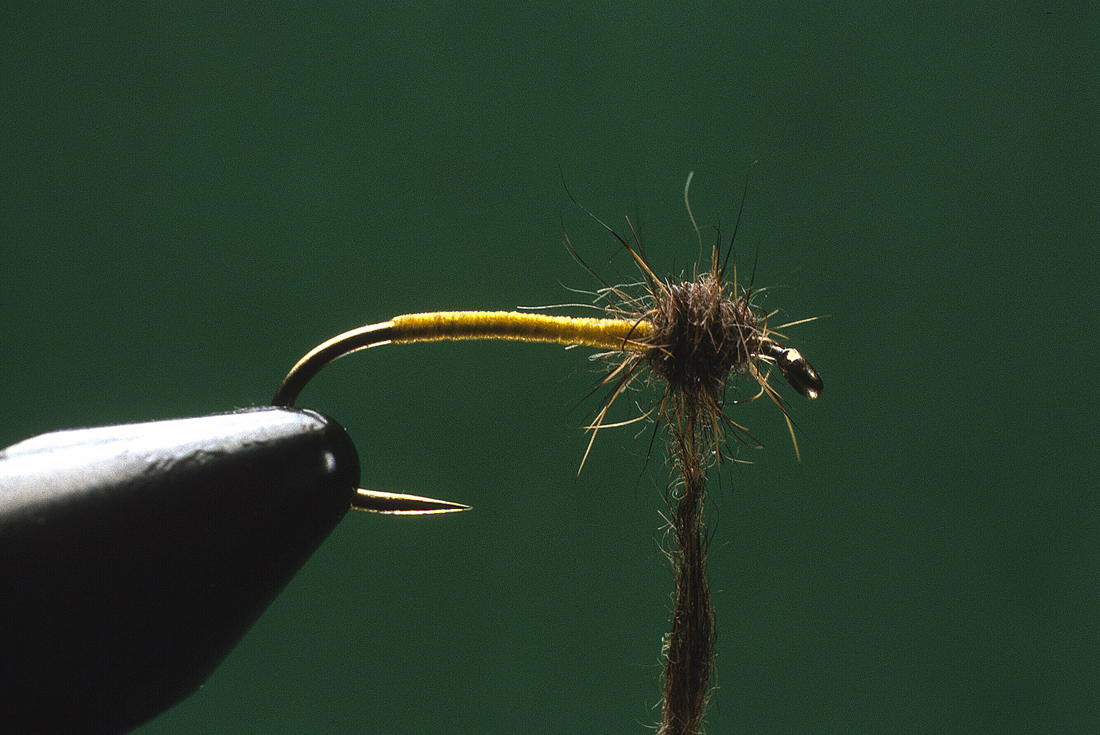 The Partridge and Yellow, tying Step 2.

2. Spin some hare’s mask dubbing onto the thread, and then dub a thick, short thorax over the front third of the shank. (Leave a little bare shank behind the hook’s eye, for the hackle and thread head.) 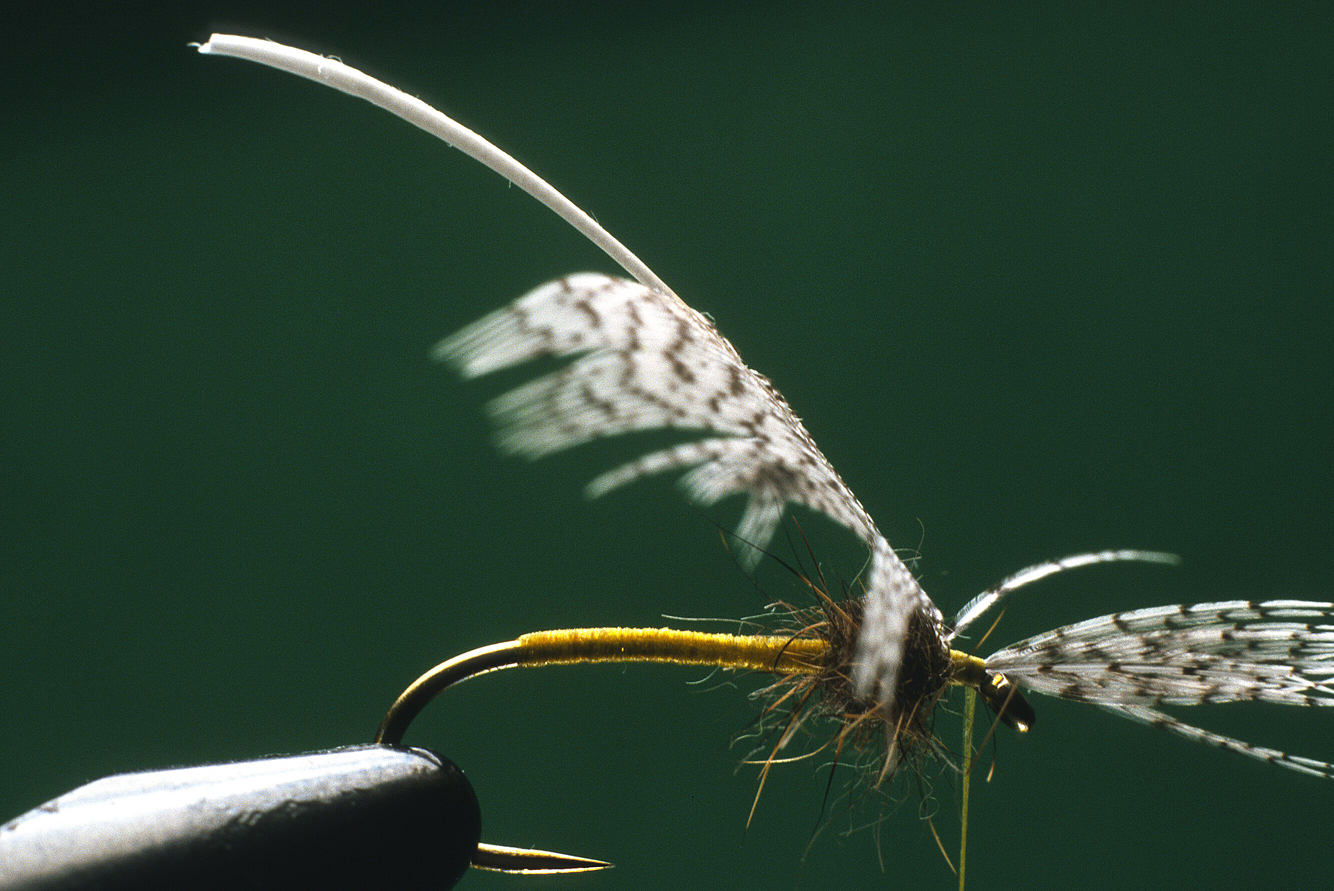 The Partridge and Yellow, tying Step 3.

3. Find a gray partridge feather of appropriate size for your hook. (For more on hackle-fiber length for soft-hackle flies, see “Tying Soft-Hackle Flies” on the previous page.) Stroke the fibers back from the tip of the feather, and then bind the feather at the front of the thorax by that tip. Wind the thread forward to just behind the eye. 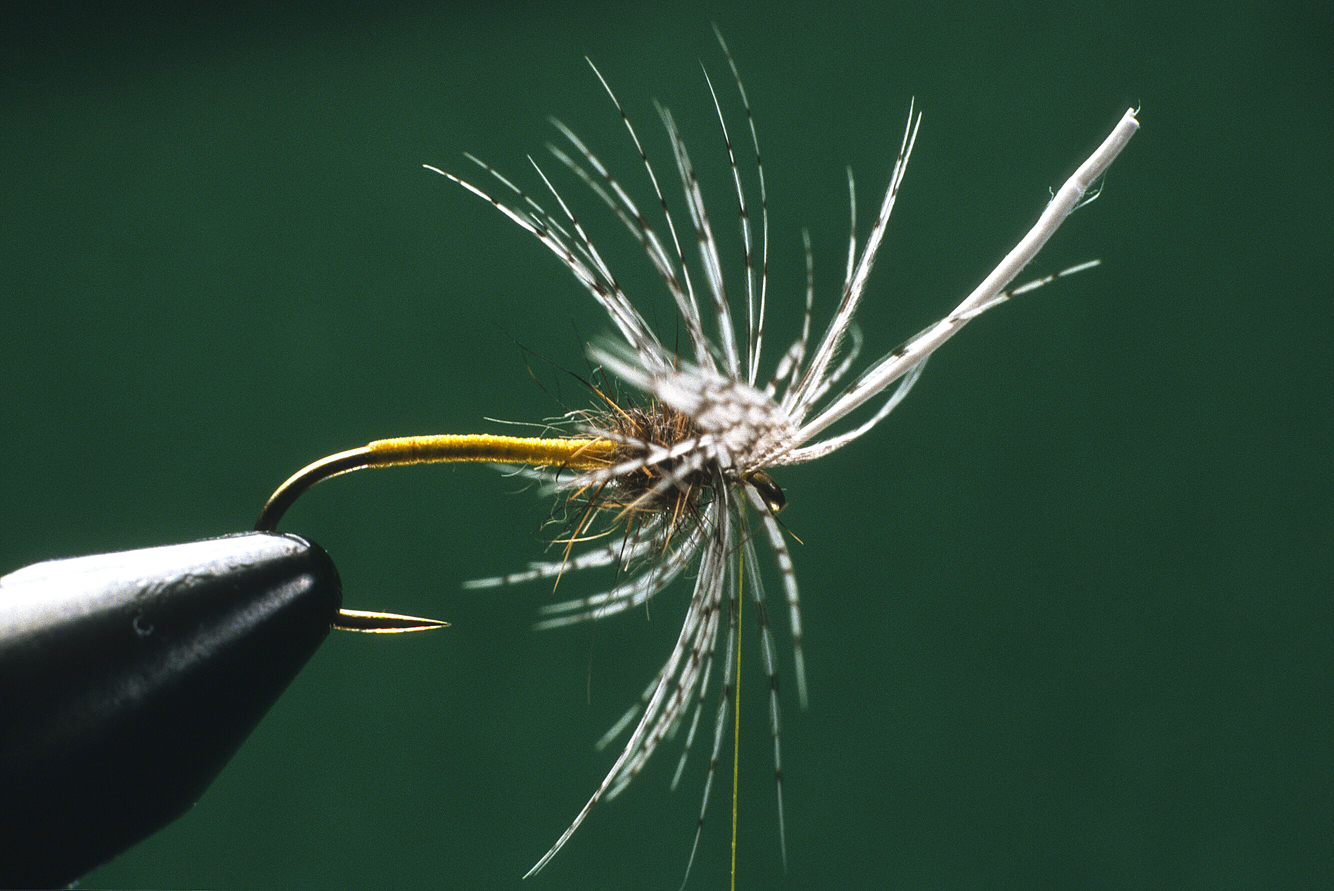 The Partridge and Yellow, tying Step 4.

4. Trim away the tip of the feather. Wind the feather forward in two to four close turns (depending on how full you want the hackle). Bind the butt of the feather with a few tight thread-turns just behind the eye. Trim off the stem. 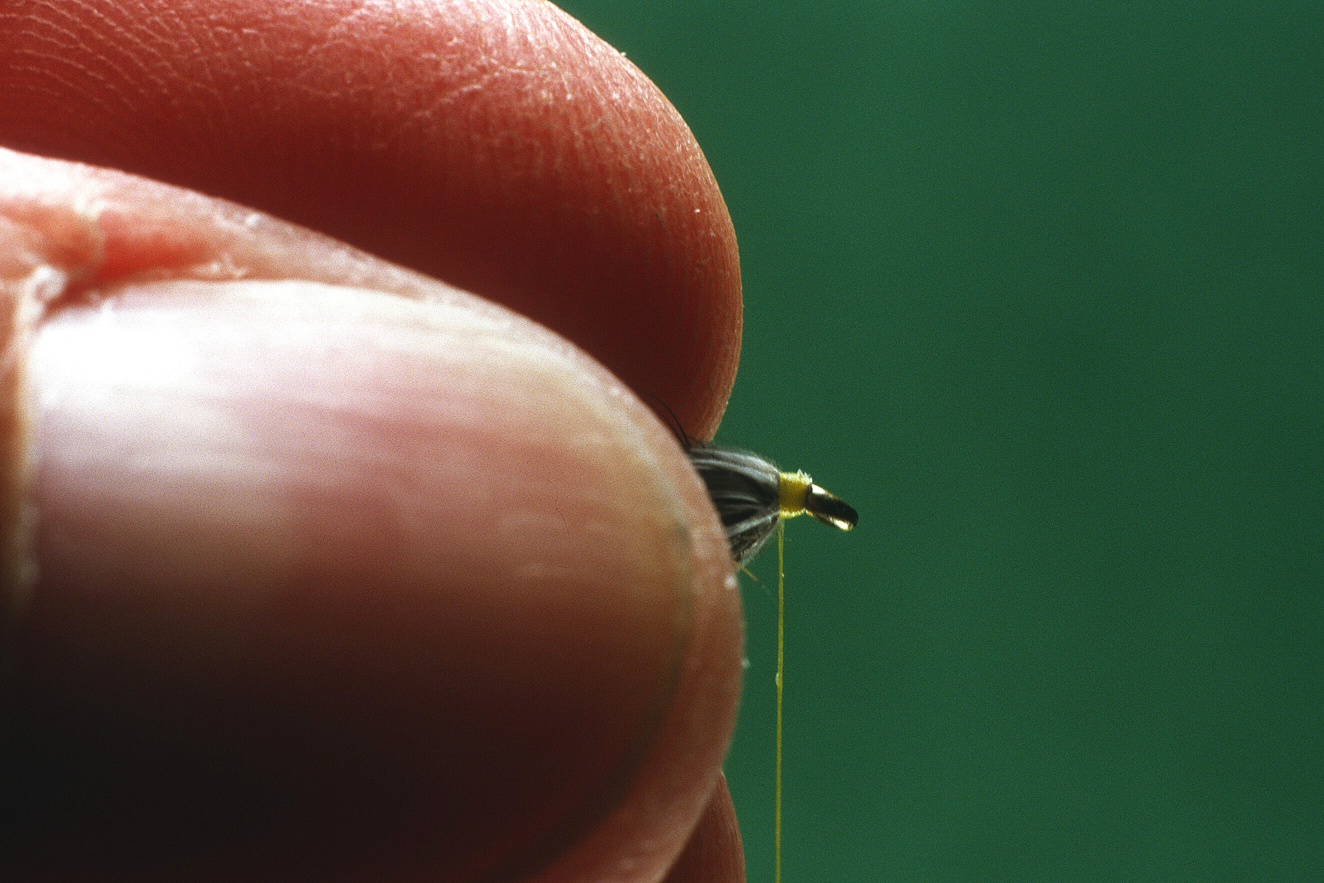 The Partridge and Yellow, tying Step 5.

5. Stroke all the partridge fibers back from the eye. build a tapered thread-head, whip finish and trim the thread, and then add head cement to the thread-head to complete the Partridge and Yellow.


Tying the Starling and Herl: 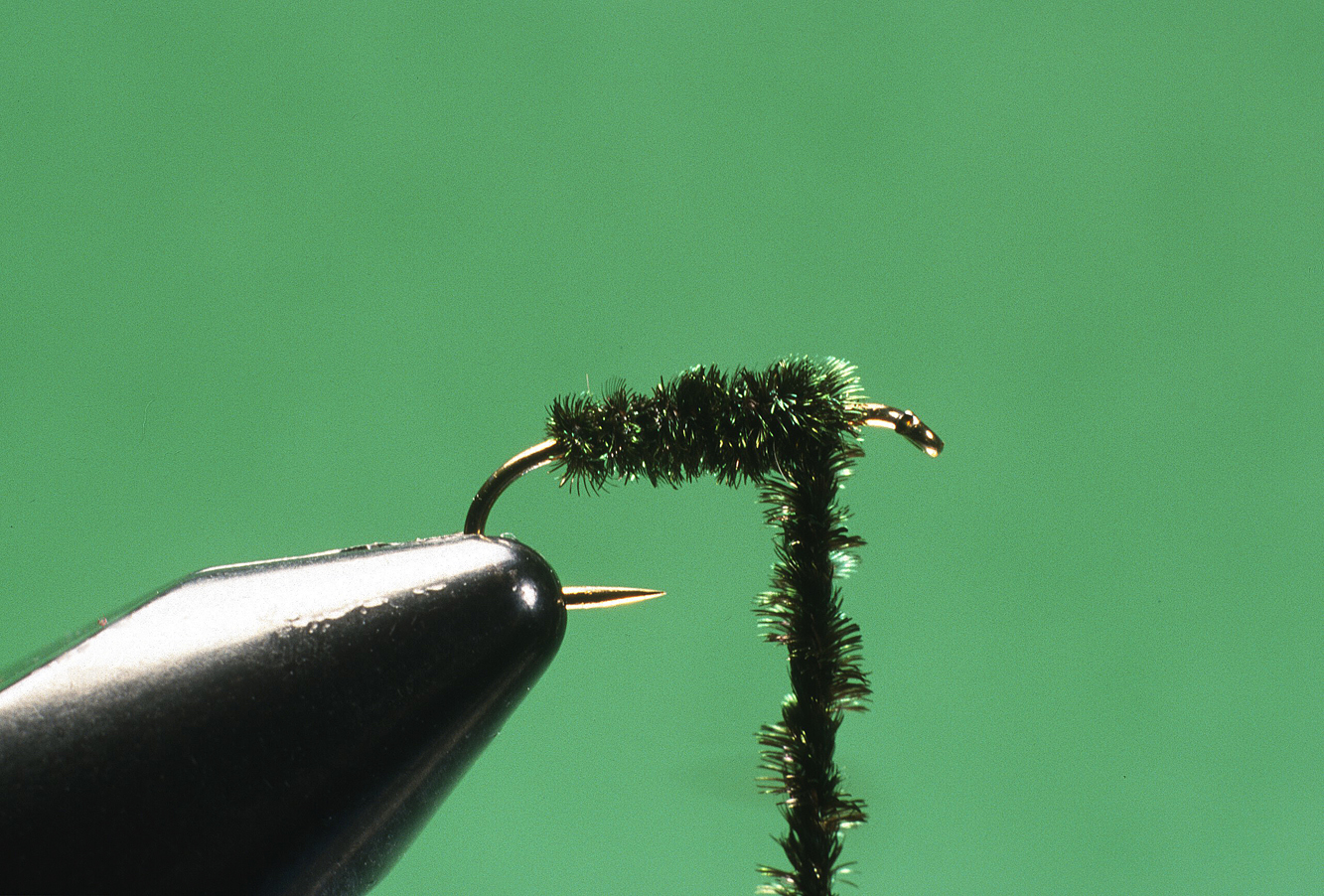 1. Here’s how to tie the Starling and Herl. Start the thread at about the center of the shank; then spiral the thread back to the bend. At the bend, bind on a few peacock herls. Spin the herls and working thread together to form a sort of herl rope. Wind this rope up the shank to just short of the eye. There, unwind the herl from the thread and bind the herl with a few tight thread-turns. Trim the ends of the herl closely. 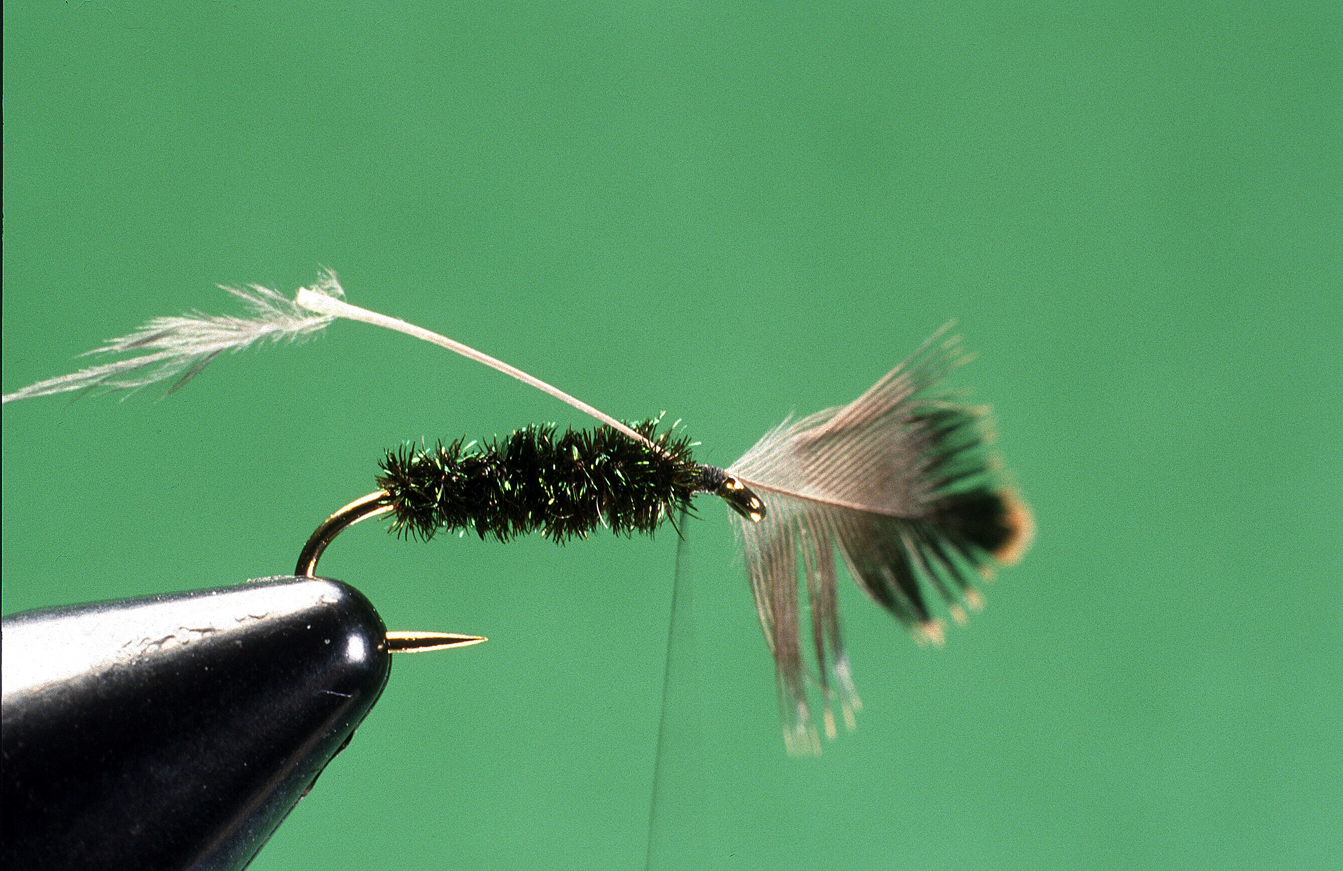 2. Here’s another way to wrap a hackle on a soft-hackled fly. Find a starling feather of appropriate size (as described on the previously page under “Tying Soft-Hackle Flies.”). Strip the fibers from the base of the feather. Bind the feather right behind the hook’s eye; then wind the thread back to the front of the body. Trim off the feather’s stem. 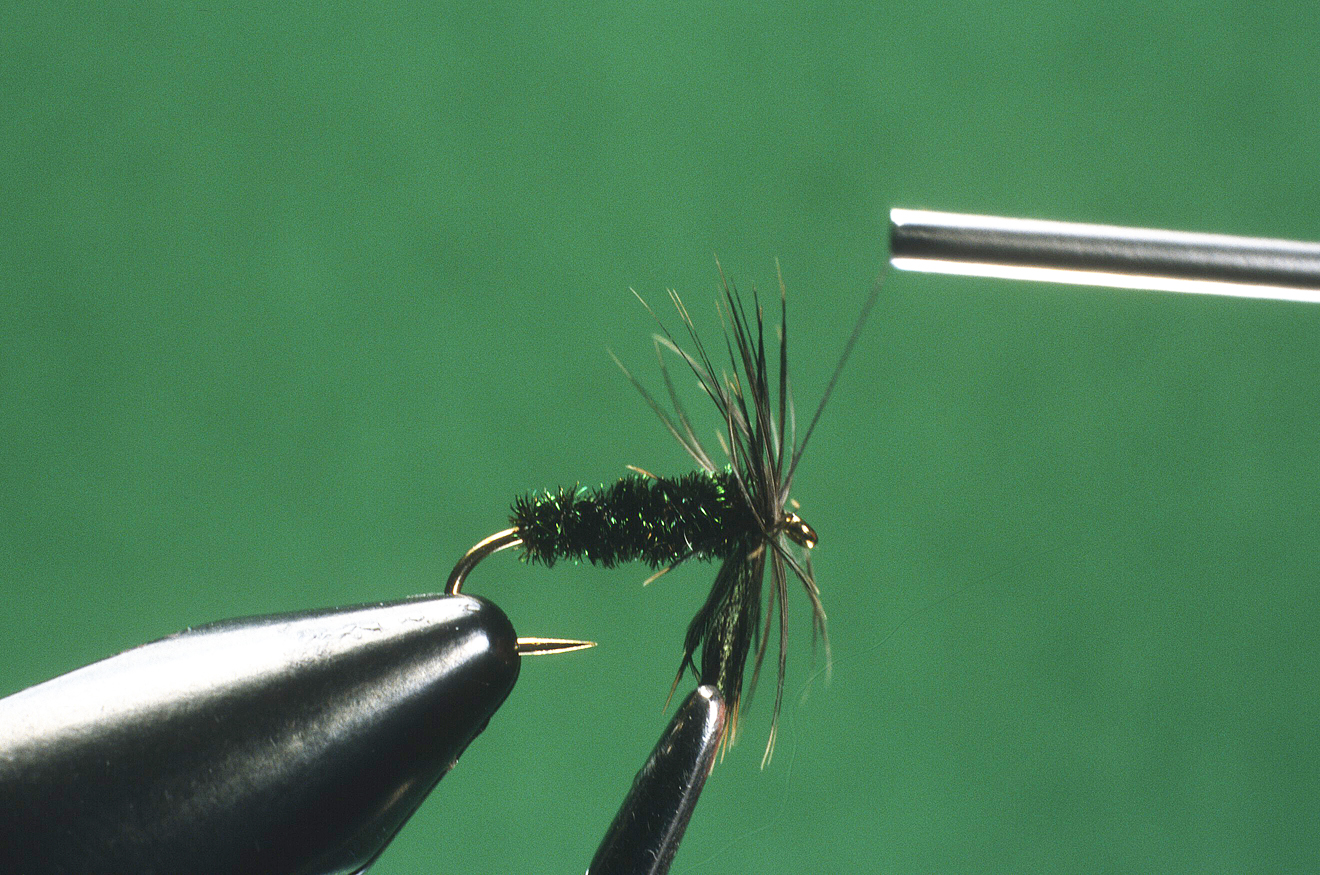 3. Wind the hackle in two to four close turns back to the front of the body; then spiral the thread forward through the hackle to the eye. Find and then trim out the feather’s tip. Build and complete a thread head as described previously for the Partridge and Yellow to complete the Starling and Herl.


And this concludes Skip's article on the Soft Hackle fly vs the Wet fly.


*Note: this article is taken from the book Morris on Tying Flies, reprinted here with permission from Frank Amato Publications, Inc.