The Only Fly in the World
Part 3

Moving Further Beyond the One-Fly Mindset...

Try Fishing with the Articulated Leech

In The Only Fly in the World part 3, Skip ties the Articulated Leech, one of the top flies he recommends for kicking up the action, and moving beyond fishing that is just "okay". 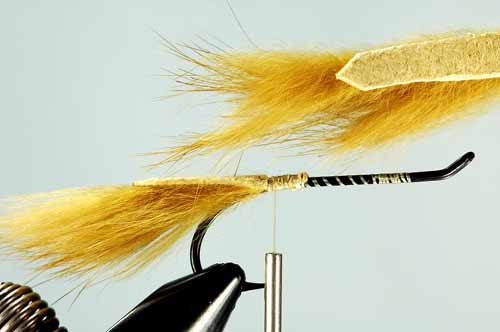 1. Smash down the barb of the hook to be used for the rear half of the fly (the eye can be up or down or ring-eye), and then mount it in your vise. Start the thread about halfway up the shank. Trim off the end of the thread.

Trim the hide on a Zonker strip to a point. The point should be on the end towards which the fur cants (like the one at the top of the photo).

Bind the strip atop the shank so that the hide extends beyond the hook's bend about a gape's length. Trim off the butt of the strip just back from the hook's eye. 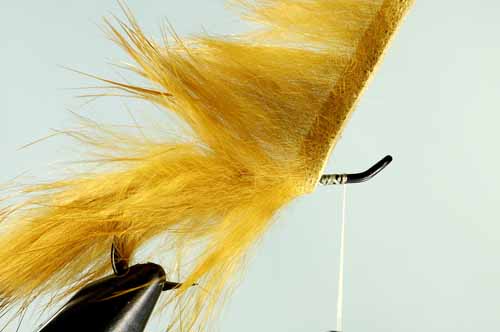 2. Trim off the fur from about 1/4-inch of the end of a strip of crosscut rabbit. Bind the strip by the trimmed hide at the bend. The strip should angle back and away from you, with the fur sweeping back towards the fur-tail. 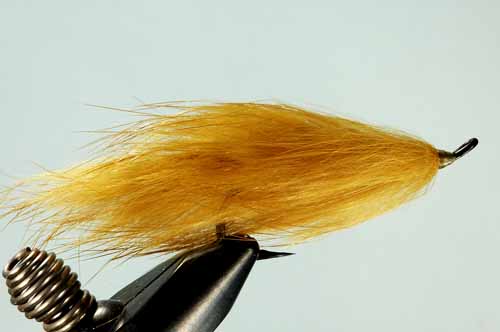 3. Bind the strip just behind the eye. Trim off the end of the hide closely. Build a small thread head, whip finish the thread, trim off the thread, and add head cement to the head.

Set the fly aside for the cement to dry as you tie up a few more Articulated Leech rear-sections. 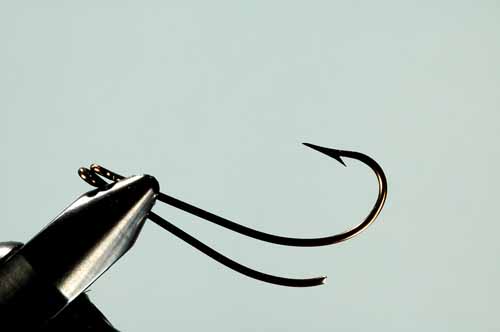 4. Cut or grind (with a bench grinder) through the bend of the front hook so that only a little bend remains curving down, like the hook in the photo— Ray (that's Ray Chang from Solitude Fly Company) told me that if you cut the bend off entirely, there won't be anything to mount in the vise, and the end of the hook will wear against the braided Dacron.

Ray also recommends that with a grinding wheel or file or sandpaper you smooth off the cut end of the hook, also to prevent wear on the Dacron backing. 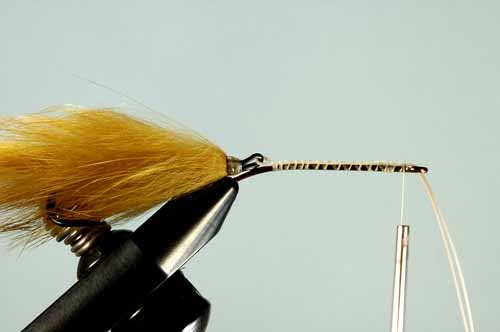 5. Mount the hook in your vise by the remaining bend. Start the thread just back from the eye and trim off its end. Spiral the thread to the bend. Loop some Dacron fly-line backing through the eye of the rear hook (the one that still has a bend).

Bind the Dacron so that it forms a small upright loop atop the bend of the front hook (the one whose bend you cut off). Slip the ends of the Dacron down through the eye of the hook; then bind the Dacron up the shank to the eye. 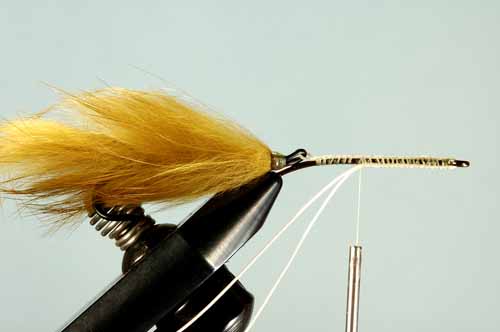 6. Draw the ends of the Dacron back along the underside of the hook and bind them tightly along the shank most of the way to the bend—all this binding insures the Dacron will stay put—it'll be the only thing holding the fly together when that eight-pound rainbow hits. 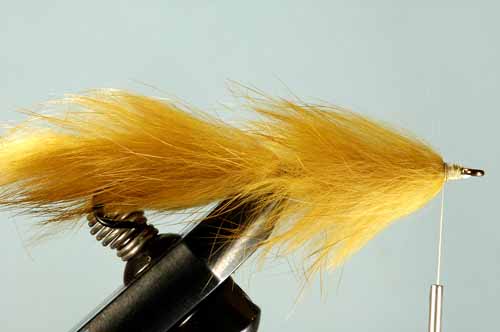 7. Add head cement to all the bindings if you wish. Spiral the thread back to the bend. Bind on another crosscut rabbit strip as before.

Spiral the thread up to the eye, wind the strip forward (as before), bind and trim its end. 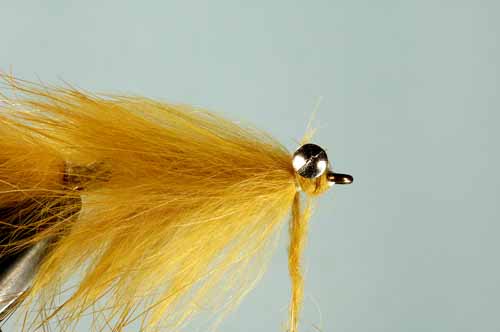 8. If you want the fly to really dive, add eyes for weight. The standard approach is to mount the eyes on top of the hook (as shown in the photos). But if you want to insure the fly will ride upright, mount them beneath the hook.

Dub around the eyes if you wish, whip finish and then cut the thread, add head cement to the whip finish.


And that's how you tie the Articulated Leech.

In The Only Fly in the World, part one, Skip talks about the problems of being dependent on one fly.

In The Only Fly in the World, part two, he tells you his favorite flies for kicking the one-fly habit.


Back to The Only Fly in the World, Part 2