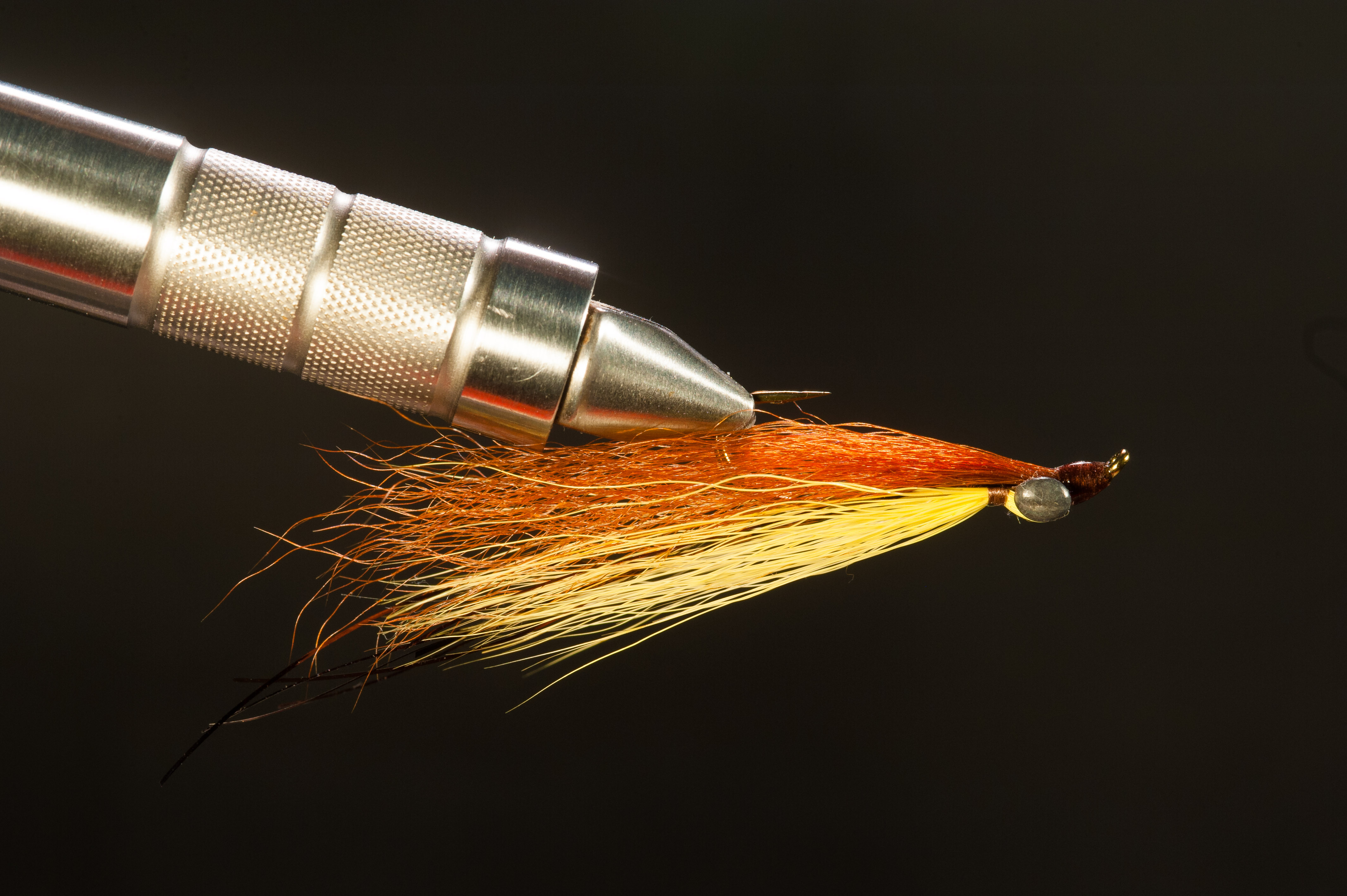 A fly may have a cute or catchy or colorful name behind it, a lot of bold sparkle or intriguing detail in it, but no matter what it has that jumps out at a fly fisher poking through the labeled fly bins of a fly shop or turning the real or virtual pages of a paper or online catalog, that fly won't be around long if it doesn't catch fish.

There are lots of possible reasons a fly pattern doesn't catch fish—it doesn't convince them, doesn't attract them in general, doesn't hook them or doesn't hold them once they're hooked . . . Those are some of the ones we understand, but a good many of the reasons probably make sense only to the fish that the fly doesn't catch. Or if it does catch fish, it's problem may be that it doesn't catch them as well as other, similar flies do.

The Clouser Minnow (originally the Clouser Deep Minnow, but the "Deep" has largely fallen away) has been around for over four decades, is as popular now as ever and, definitely, does catch fish.

The fish it catches are too many to name. At the time I was writing my second edition of The Art of Tying the Bass Fly, which came out in 2011, Lefty Kreh told me he'd caught fifty-eight species on Clousers.

The Clouser Minnow got its real start when Bob Clouser came to Lefty with his original version. Bob and Lefty then developed Bob's prototype into the Clouser Minnow now so firmly established in it's dressing and its tying steps.

Though my second most-Clouser-caught fish is the largemouth, I've caught, over a period of about thirty years, far more smallmouths on Clousers, the great majority of them in streams. Clouser stream smallmouths in the hundreds.

The smallmouth streams I fish here in the American West, most of them run clear. I expect that's why in my waters a brown-backed, white bellied Clouser will usually take considerably more smallmouths than a chartreuse-backed, yellow-bellied one will. At least that's been my experience. I guess clear-water smallmouths want fish-like swimmy flies in real fish colors. In many smallmouth waters, though, wild colors are deadly. Ever heard the phrase "If it ain't chartreuse it ain't no use"? A lot of east-of-the-Rockies smallmouth fly fishers have. But although Bob, who owns a fly shop in Pennsylvania, offers his Minnow in combinations of chartreuse and white and chartreuse and yellow in his book Fly-Fishing for Smallmouth, he echoes my own experience in saying that in streams gone clear in low water, Clousers "in brighter colors stop working."

Swimmy really does describe the Clouser in action. Its weighted head rises and dips sending waves down its wing and belly both of hair from a buck deer's tail, a wing and belly that are really its body. It moves most fluidly when tied sparsely, Lefty told me that. But he also told me he tied it a bit thicker for largemouth than for smallmouth bass.

This swimminess is surely a large part of the Clouser's appeal to both smallmouths and smallmouth lovers. What smallmouth lovers love at least as much about the Clouser: it rides upside down. This helps keep the fly from snagging on rocks and sunken wood at the bottom of a stream or lake. And though I can't say with confidence that the Clouser's inverted hook lands more fish of other species, I feel it does land at least a tad more smallmouth bass than flies whose hooks stay upright in the water. The Clouser rides inverted because it's barbell eyes are bound atop the hook's shank: the eyes are metal, and heavy, so gravity flips the fly upside down.

There's a little sparkle and flash in a Clouser Minnow—long, slim, supple strips of brilliant Mylar between belly and wing—and that little has always seemed to me just right for this fly. It was Lefty who told me he'd experimented with trimming some of the Mylar slightly past the tips of the buck-tail wing and had come to prefer the fly tied that way.

Is there, over the past few decades, a more widely fished and more trusted streamer in North America (and perhaps the world, but I can't say) than the Clouser Minnow? Probably not.


CLOUSER MINNOW, BROWN and YELLOW (a color combination I made up)

HOOK: Heavy wire (or at least standard wire), standard length to 2X long, down or straight eye, sizes 10 to 2.

EYES: Lead-substitute barbell eyes, silver, black, or painted red-rimmed with black pupils (or, actually, any colors you like).