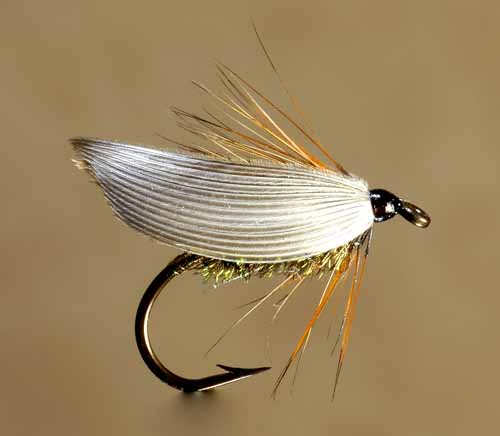 
Here are three good methods for creating a wet-fly hackle collar, and though each method has its drawbacks, each also offers specific advantages.

The standard approach of wrapping the hackle forward, then binding its tip, is the easiest. And it's probably just fine from the trout's perspective. 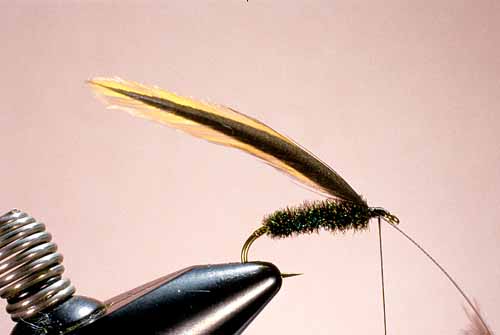 1. When the body and tag and tail of the fly are completed (if there is a tag and tail), bind a hackle by the stripped base of its stem at the front of the body. The hackle should slant back, over the body. Trim off the butt of the hackle. 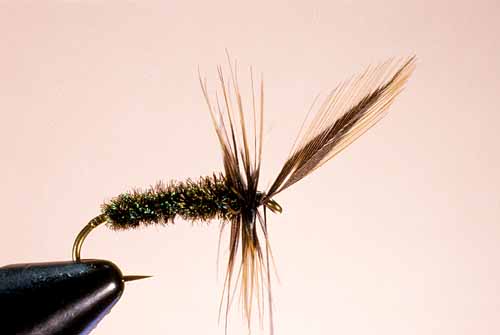 2. Advance the thread to just behind the hook's eye. Wind the hackle forward in three or four close turns, secure the tip of the hackle under a few tight thread-turns, trim the hackle's tip closely.


Now is the usual time to bind on the wings, but as an alternate approach you could also have bound them on before adding the hackle collar. 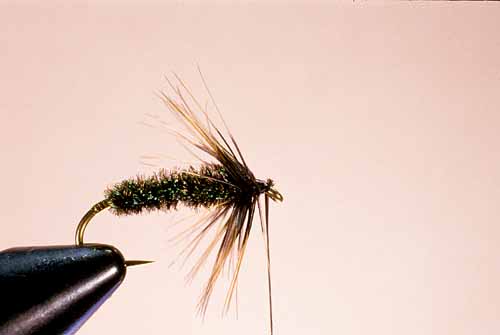 3. If you want the fibers to sweep back (which most tiers do) just pinch them down hard. This is a hackle collar that was pinched down in this fashion.

The half-stripped hackle offers a very sparse collar—just right for persnickety trout and a dead-drift or barely manipulated fly. And only one simple step is added to the standard approach. 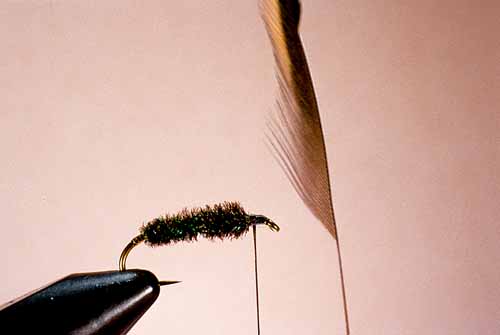 1. Winding a half-stripped hackle makes it easy to create a sparse hackle collar that is more realistic than a bushy collar and more likely to convince finicky trout.


Begin by stripping the fibers from the base of the hackle. 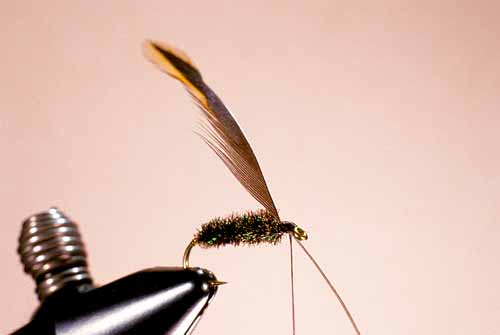 2. Bind the hackle by its stem at the front of the body, slanting back—the hackle should lie on its stripped side—and complete the process of making a hackle collar just as described in the first two captions.


Three turns of hackle should do it. 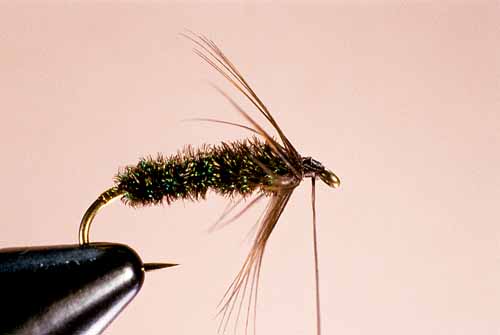 3. Here is the hackle collar made from the half-stripped hackle after it has been pinched down to set the fibers back. 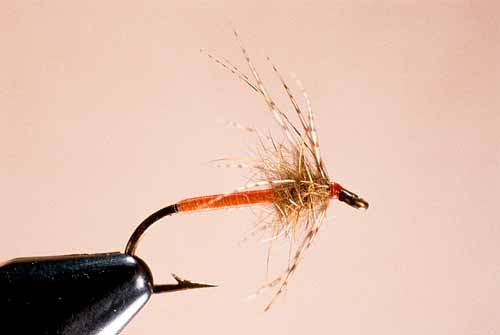 4. I like the half-stripped hackle best with "soft-hackle" flies, fly patterns of a specific styling that includes no tail or wings and a very soft hackle collar of partridge flank, hen-saddle, or the like.


Here is the Partridge and Orange soft-hackle fly with a half-stripped partridge hackle.

The reverse-wound hackle isn't much more difficult to make than the standard, just a couple of quick extra steps. The big advantages to this method are: 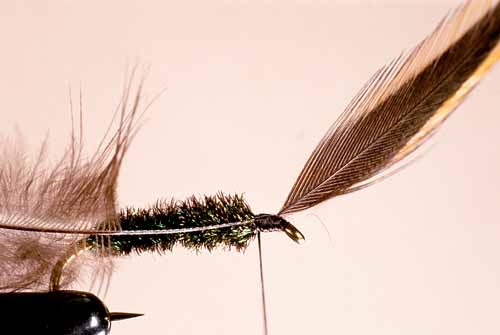 1. To make the reverse-wound wet-fly hackle, bind the hackle by its stripped stem up just behind the hook's eye—not at the front of the body as usual.


The hackle should project forward off the eye, not back over the body as in the previous two methods.


Wind the thread back to the front of the body. 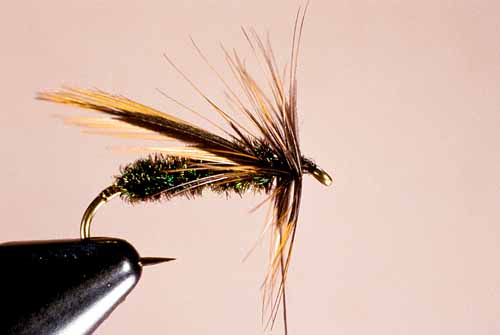 2. Trim off the stem. Wind the hackle back to the front of the body in close turns. Wind a turn or two of thread over the tip of the hackle. 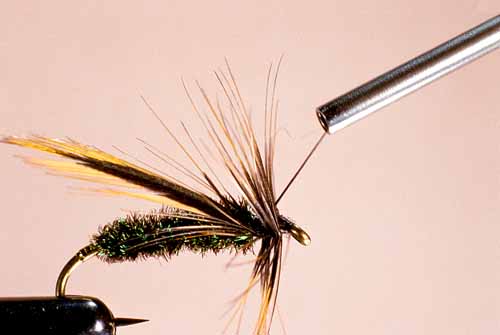 3. Continue winding the thread, but now spiral it forward, right through the hackle
to the eye.


Now the stem of the hackle is crossed a few times by tight turns of thread—this really reinforces the hackle and makes it durable.


To complete the hackle, find its tip and trim it out, then pinch back the fibers.


In Wet Fly Hackles, Part 1, Skip talks about the debate over the materials
best used for hackles on wet flies.